Our Board and Staff 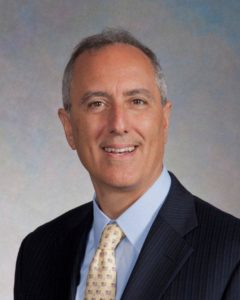 Peter Chieco is the National President of the Cooley’s Anemia Foundation, and has been involved in the Foundation as a volunteer since 1988.  Currently a Senior Portfolio Management Director at Morgan Stanley’s Portfolio Management Group, Peter began his career at Paine Webber and later joined Smith Barney. He attained a Bachelor of Science degree in Finance from Fordham University in 1982 and received the Certified Investment Management Analyst®SM (CIMA®) in 2003 from the Investment Management Consultants Association (IMCA), in conjunction with Wharton Business School at the University of Pennsylvania.  In 2018, Peter was ranked once again as one of Barron’s Top 1,200 Advisors and was recognized as one of The Financial Times Top 400 Financial Advisors. A frequent guest speaker and writer, his seasoned perspectives on investment strategies and markets have been featured by various media outlets throughout Connecticut and the United States. Peter and his wife, Rose Ann, reside in Bedford Corners, NY. They have three daughters.  He also enjoys tending to his large organic garden and sharing food with his neighbors, friends, and a local community center, as well as traveling and spending time with his family. Peter’s philanthropic efforts focus on health disorders, and far and away his most passionate volunteering since 1989 has been for CAF. 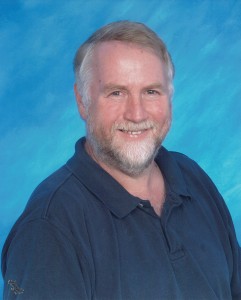 Craig Butler is the National Executive Director of the Cooley’s Anemia Foundation, which has been leading the fight against thalassemia for over half a century. Mr. Butler himself has been an active participant in that fight for over a decade, starting with the Foundation as National Communications Director in 2001.  In addition to directing all communications-related activities in that capacity, he also served as the Principal Investigator on the Foundation’s collaborative agreement with the Centers for Disease Control and Prevention (CDC) to help educate the thalassemia community about effective prevention strategies that can contribute to better outcomes for those with thalassemia.

In addition to advocating on behalf of individuals with severe forms of thalassemia, Mr. Butler directs Cooley’s Anemia Foundation efforts aimed at informing both the general public and specific at-risk populations about thalassemia trait. He also oversees programs to encourage all members of the public to donate blood, as treatment for thalassemia involves frequent lifelong transfusions. Mr. Butler is proud to be the author of “The Cooley’s Anemia Foundation Storybook,” a publication for children with thalassemia.

Mr. Butler received a BFA from Syracuse University and an MA from New York University.

CAF National Board of Directors